Continuing with my musings on Class Guilds, I turn my attention to magic users. To me, a mage’s guild is a gentleman’s club of sorts, where wizards and their ilk can meet on somewhat neutral grounds despite being in fierce competition otherwise – a place where disputes between individuals who wield enormous power might be defused before they spill into the general community and hurt all wizards or start witch hunts.

Another issue arises with the introduction of the “Aesoterium”, a store for buying magical items that is open not only to guild members but (at increased rates) even to non-members. I know there are a lot of opinions about whether magical items should be for sale at all, and if so how and where. I strongly believe so, as long as the game gives the ability to formally create them in some way which has a measured cost.

For scrolls, potions and similar items there is an easily discernible cost – the money invested by the mage on creating the item, the resources that were spent making it and a premium for the time and risk required simply to learn how to perform this feat. I see no reason why wizards would not supplement their income and fund their experiments by brewing potions and making scrolls and selling these – and so, in my campaign world, they do.

I don’t usually allow sales of items that are not one-use, however. These items should have a more unique feel, to my mind. Of course they are both bought and sold; everything is, as everything has a price. It’s just that I think this is more about having them commissioned or private deals away from prying eyes. Also, my permanent magic items commonly have severe drawbacks or involve some sort of rather dark magic, which means they often need to be sold covertly.

My rules for the Mage’s Guild can be downloaded here, or in the Library. To clarify, a laboratory or library is used in LotFP to create potions or scrolls during downtime.

I’ve been taking a look at different organizations in my campaign world recently – it all started when my players asked me for a bank or other solution for storing excess money. I’m not a big fan of this, and I’d rather see them spend their money, but I also believe in taking your players’ wishes seriously so I made some outlines for a punishingly expensive way of storing excessive wealth…

Working out the quick details about the bank, my rogue player asked me “well, what if I wanted to keep my money with the thieves’ guild?”. Part of his back story was that he was an actual member of the local guild, but we hadn’t determined anything about it yet. It was a good idea, however, and I let him use his guild as a bank at a lower rate.

The whole thing got me thinking, and also reminiscing about old computer games and adventures – where are the Fighter’s Guild and Mage’s Guild? I guess they fell by the wayside somewhere along with actually speaking of character class in-game, but I still love the concept. I started tinkering with the idea, and developed a few concepts for what these guilds might be and what benefits they might offer to members.

My first is a take on the Fighter’s Guild; the Condumbra, an association for mercenaries and sell-swords meant mostly to take contracts and ensure that contracts are honored in a realm where the rule of law is not always a given. It is also a primary source for armed hirelings for characters, and membership ensures that you can recruitthese more effectively.

You can take a look at the Fighter’s Guild PDF here, or find it in the Library.

The Oath of the Guild is “borrowed” word-for-word from the beautiful and simple hireling rules written by Telecanter on his blog, and the rules for hirelings are also heavily inspired by his system.

I’ve been toying with some thoughts about the “Vancian Magic” system of D&D; having come back to this grandmother of all games recently, I still love the simplicity of it, but it has its limitations and since I’m currently playing with lower-level groups many of them are rearing their ugly heads…

I did try to give some more options to the Magic-User through my Weird Magic system, and I like the risk and randomness this system adds to the mix. I did however also like some thoughts on G+ (by mr Greg Christopher) about spells as equipment and the various trade-offs between placing powers in gear as opposed to attaching them to certain characters.

I’ve come up with an option that I will start playing around with in my current campaign; it’s not terribly intrusive, and could be cleared out if it doesn’t work well enough, but I like the feel of it. Basically, it allows wizards the option to buy Spell Gems, items that let them cast their memorized spells without losing them from their memory. The price is hefty (about 1 000 sp/gp, depending on your standard, per spell level they are able to supply) and availability is still under the control of the GM. They cannot be crafted in the same way as scrolls and potions – they are craftable, but require investment in a Gem Cutting skill which means only specialists can do the work without significant loss of materials. 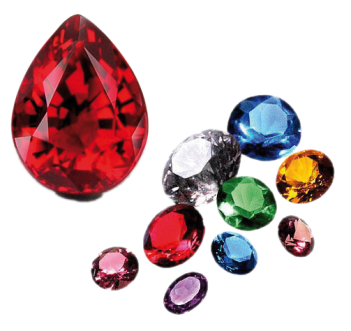 An item like this serves as a complement to scrolls; it seems more powerful, but there is a deceptive difference – scrolls expand the repertoar of the wizard, since he/she can still use scrolls with unmemorized spells. These gems empower the wizard to cast more spells per day, but only from his selected setup of memorized formulae.

I took the chance to add a more traditional magic item in the form of an Elven Spell Gem as well, while I was at it – more or less same function, but rechargeable (and, of course, effectively priceless due to it).

This still needs some playtesting, but the document so far can be downloaded here and in the Library. I’ll get back to this after I’ve tried it out some more.

This slime is a strange mindless being, deadly to organic life and organic matter, summoned forth from the black void of Uathagl’Chak.

It is attracted to movement or life, and will slowly slither towards it at a rate of 5’ per round. In any round when a living being is within 10’ of the slime, there is a 50 % chance that it will emit an elongated feeler pseudopod as a standard attack, aimed with a form of alien sense that suffers no penalties for lack of visibility. On a hit, the target is coated in a thick, viscous black fluid that is highly corrosive. This substance is extremely dangerous, and will inflict a total of 2d4 damage, but at a rate of one point per round per hit. During this time, washing the struck area off thoroughly with water (the entire contents of a water skin, or access to water from a river, lake or well for example) will stop the damage from occurring that round and any further. A character suffering a total amount (during one battle) of damage from a Void Slime equal to half his total hit points or above will be scarred and debilitated, losing 1 point of constitution and 1d3 points of charisma permanently.

The creature is only susceptible to damage from other acidic substances and fire. A hit from a torch will cause 1d3 damage. Flaming oil and other fire based attacks will cause damage as normal. It is utterly mindless, and is thus immune to any mind-affecting spells, and also does not have a nervous system or normal body, which makes it immune to almost any other source of damage. If a weapon made in any part from organic material is used to strike at it (including a torch), the wielder must save versus Paralyze or the weapon will be ruined.

The only basic instinct a Void Slime has is a slight tendency towards spatial territoriality. If left alone for a turn, it will slowly slither back to where it lairs. 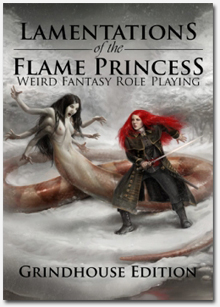